How to Influence Emotional Buying in E-Commerce

It’s no secret that the human mind is filled with subconscious drivers that influence our everyday decisions. Perhaps the most dominant and arguably most important of these drivers is our emotions.

For instance, think back to your last big purchase. How did you feel leading up to the decision to buy? Was it confident? Excited? Proud? Or maybe it was a negative feeling such as guilt or fear?

Regardless of how you felt at that moment, the fact is, it was those feelings or emotions that subconsciously affected your decision to buy.

In his book, How Customer’s Think, Harvard professor Gerald Zaltman states that 95% of thinking takes place in our subconscious mind and although contrary to popular belief, a consumer’s way of making buying decisions isn’t as linear and well thought out as previously believed.

“Consumers do not consciously assess a car’s benefits attribute by attribute and decide whether to buy it. Instead, their emotions — the desire for happiness, prestige, and so on — play a bigger role than logic in the purchase decision.”

Zaltman also found by measuring subconscious physical responses, that what consumers really thought or felt contradicted what they said. This doesn’t necessarily imply that consumers were purposefully being untruthful, but that the physical reaction was guided subconsciously.

In the past, we have been focusing our marketing efforts on the consumer’s conscious mind through logic and reasoning. In doing so, we have been missing a huge opportunity to influence the subconscious mind. The part that is responsible for 95% of buying decisions.

Perhaps one of the most difficult buying channels when it comes to creating an emotional response is e-commerce.

Even if your site is beautifully designed and does a great job of conveying your brand’s values and mission, you’re still missing out on some of the benefits only shopping in a store can provide.

In stores, something changes in a consumer’s mind the minute they touch or hold a product. They develop a deeper emotional connection to it which increases their sense of ownership and ultimately triggers their decision to buy. This phenomenon has been labeled by social economists as the Endowment Effect:

“The finding that people are more likely to retain an object they own than acquire that same object when they do not own it.”

Obviously, it’s not yet possible to touch a product online, so how does the ever-evolving world of e-commerce compete?

One of the best ways to navigate this online shopping obstacle is by implementing augmented reality into your website.

Think about it, not only does AR significantly increase the sense of ownership, it is more likely to influence an emotional response than images would alone. 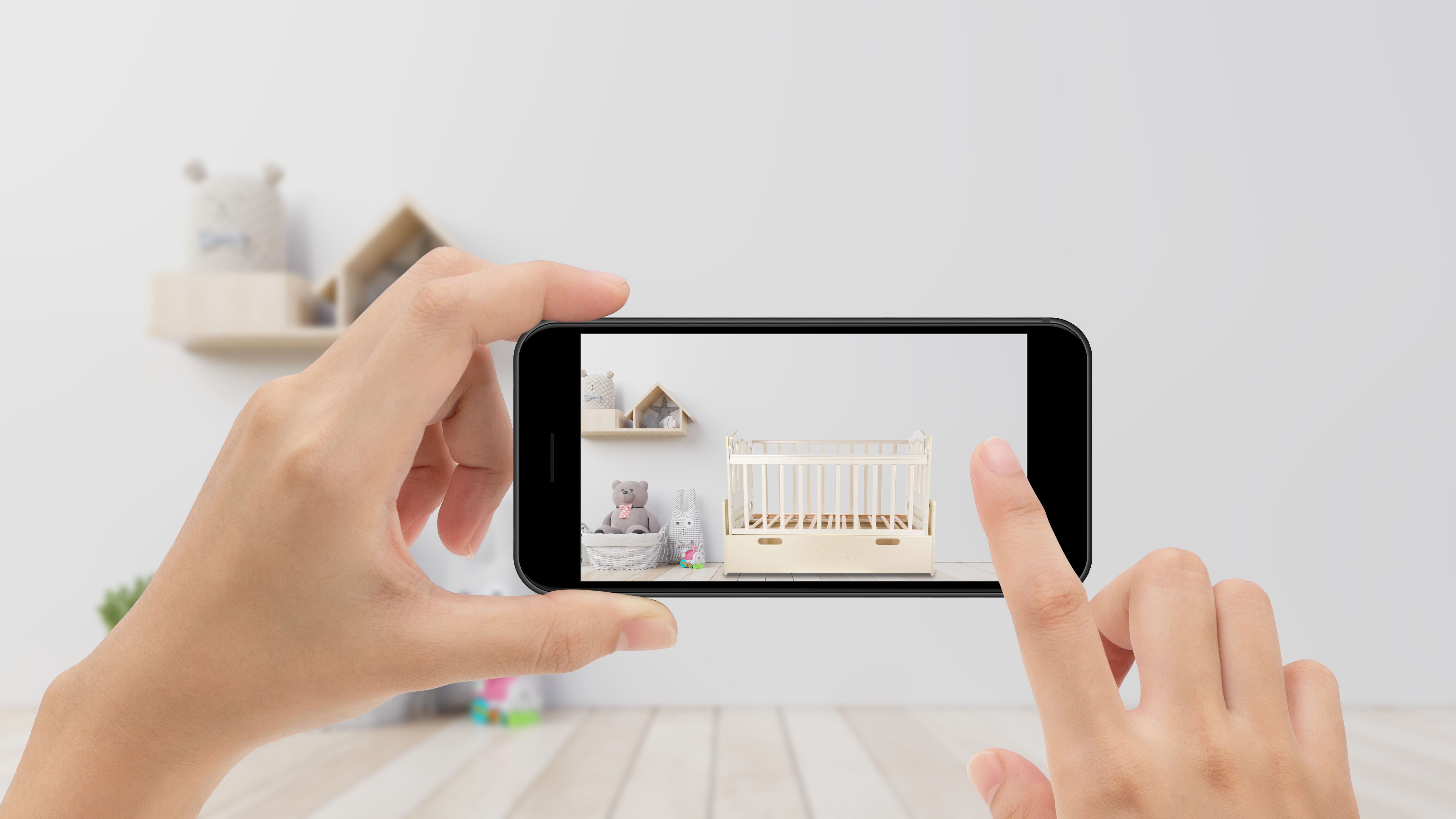 For example, Suzy is looking to buy a crib. Through AR she is able to view the crib she likes in the comfort of her own space. This immediately increases her sense of ownership and therefore increases perceived value.

We could stop there, but let’s talk about how AR influences Suzy’s emotional buying response.

Let’s say Suzy has had a hard time coming to the realization that she’s about to be a first time mom. Viewing the crib in AR instantly turns the empty room into a nursery. This triggers an emotional response of excitement for her new baby girl which influences Suzy’s decision to purchase.

Emotions are powerful subconscious drivers that not only dictate how we behave and react, but they also influence how we buy. The better we get at developing ways to tap into the subconscious, the better we’ll get at understanding our consumer’s needs while ultimately improving the buying experience.

Other articles we recommend

Visual Search | What is it and why do you need to know?

We’ve all been there, you’re out shopping and you spot someone wearing what would be the perfect shirt for the family photos you have scheduled next month. Sure, you could be direct and ask said person where they got this mystery shirt, but instead you reach for your...

END_OF_DOCUMENT_TOKEN_TO_BE_REPLACED

Here at Seek, we not only care about your business, but we care about you! Here are 6 tips to help you survive social distancing until we reach the safe point. 1. Get dressed in outdoor clothes. What you wear can help set the tone for the whole day, so choose wisely. ...

END_OF_DOCUMENT_TOKEN_TO_BE_REPLACED

We’re excited to announce the release of Seek’s new video made by the talented team over at Hoozens! Times are rough right now — both economically and emotionally — so check this video out for a good laugh as you experience the evolution of shopping through time. AR...

END_OF_DOCUMENT_TOKEN_TO_BE_REPLACED

Call a truce with technology.

Experience a new way to learn.

This Augmented Reality Platform Is Changing How Kids Learn